Ready to ball? Volo City DC’s basketball leagues run throughout the year in neighborhoods including U Street, Navy Yard, and more. Our men’s and coed leagues are full court competition in a fast paced, competitive yet social atmosphere. Come out, play in our District basketball leagues, meet new people and head to the sponsor bar afterwards to pump up the jam at the post-game social!

District basketball leagues are a great way to get in shape and really burn some calories! Part of the fun in your Washington DC basketball league is not having to worry about anything else. We’ll take care of everything including referees and team shirts, you just focus on having FUN. Join today!

We Play all across the DC! Some of our most popular locations include U Street,  DuPont as well as our leagues in Petworth, Navy Yard and other local DC Neighborhoods.   We have all the above DC Basketball Leagues as well as other local neighborhoods! Find your perfect VOLO DC BASKETBALL league below! 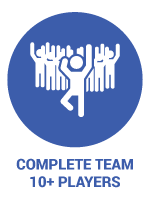 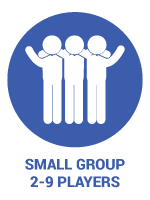 We are known as the most social league in DC and that’s because we care about the bar experience!

What to expect at the bar

For assistance and inquiries about scheduling, rules, and officiating, contact us at info@volocitydc.com!

To learn more about Volo City, read About Us or our Frequently Asked Questions.