The partnership aims to recruit adult coaches so kids in Washington, D.C., have access to sports leagues free of charge.

Washington DC, September 24, 2018 – Volo City, a company that creates sustainable, free youth athletic leagues through adult social and performance sports, announced today it has entered into a partnership with NIKE, Inc. to recruit adult coaches so more kids in Washington, D.C., have access to sports leagues free of charge.

Through the partnership, Volo City will recruit coaches from Volo City’s adult sports leagues in Washington, D.C. Youngsters who are enrolled in the Volo City sports leagues through its charitable arm – Volo City Kids Foundation – will receive a Nike shirt and a snack after each practice or game.

“There are thousands of kids in Washington, D.C., looking to play sports but too few coaches willing to offer their time,” said Giovanni Marcantoni, CEO and founder of Volo City. “By teaming up with Nike, the leading sporting brands in the world, we are changing that by recruiting coaches from our adult leagues and creating more teams for kids to join. Millennials are looking to get involved in activities that have purpose. The goal is to have one million kids across the country play for free and this a big step closer to that goal.” 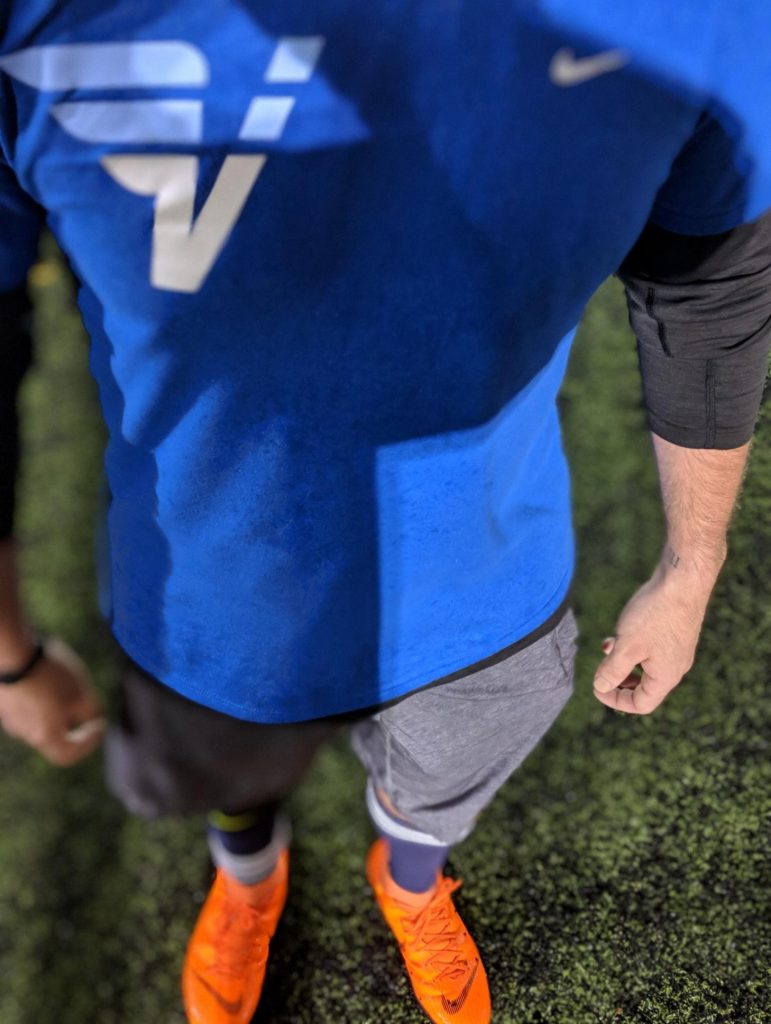 Under the partnership, coaches will spend two hours a week for seven weeks coaching practices, scrimmages and games. The additional coaches will not only provide access for more kids to play in leagues but create a more structured environment with a consistent group of coaches and mentors the kids can rely on. A perk for the newly recruited coaches: Volo City will waive its customary $55 league fee for coaches who want to participate in its Washington, D.C., adult leagues.

“We believe that kids are made to play, and know that sometimes the difference between getting them moving or not is a coach who can inspire them and help them build their confidence as they get into the game,” said Caitlin Morris, Nike General Manager of Nike Global Community Impact. “It’s exciting to explore the potential of Volo City’s coaching model to get even more kids in Washington, DC, moving and tapping into their own potential.”

Volo City operates adult leagues that include everything from soccer to bocce to flag football to kickball in seven cities across the country and Washington, D.C. Through Volo City Kids Foundation, Volo City provides free sports leagues for youth across the country and has a goal of enrolling one million kids in its leagues. Volo city’s motto is: “We play so kids can play for free.”

Volo City launched in 2010 as a Baltimore bocce league with 16 members. Today, there more than 60,000 members participating in social and performance sports in Baltimore alone. A recent study by Sage Policy Group estimated that by 2019, the economic impact of Volo City in Baltimore will exceed $20 million. The organization’s goal is to have more than One Million kids playing for free across the USA.

Nike believes in the power of sport to unleash human potential and build community. The company fuels this belief through Made to Play, its commitment to getting kids moving through play and sport so that they can lead healthier, happier and more successful lives. Together with community partners and its employees around the world, Nike is designing innovative solutions to get more than 16 million kids playing, running and jumping their way to a brighter future. Find out more about Nike’s commitment to getting kids moving and providing opportunities for equal playing fields for all at communityimpact.nike.com. About Volo City
Volo City organizes adults and kids league in seven cities including Baltimore, Denver, New York City, Charleston, San Francisco, Seattle, Boston and Washington, D.C., with more than 225,000 members nationwide. The mission is to create opportunities for social interactions that strengthen communities and provide economic impact. In 2015, Volo City launched the first Volo City Kids Foundation, a free athletics league for underprivileged youth, in Baltimore, and has since expanded the program to five cities across the U.S. In an effort to tie the cities together under one unified name, Baltimore Social rebranded in 2017 as Volo City and named Baltimore as its official headquarters. Volo City was founded as Baltimore Social in 2010 by CEO Giovanni Marcantoni. Derived from the Italian word “to fly,” volo represents the organization’s mission to uplift communities, boost relationships and heighten the culture of our cities.
Media Contact: Erica Mechlinski | 410.212.0322 | erica@212comm.com